While California is going bankrupt, one business is booming. „How Weed Won the West“ is the story of the growing medical cannabis / marijuana industry in the greater Los Angeles area, with over 700 dispensaries doling out the buds. As a treatment for conditions ranging from cancer and AIDS, to anxiety, ADHD, and insomnia, cannabis is quickly proving itself as a healthier natural alternative to many prescription drugs.

Following the story of Organica, a southland dispensary which was raided by state and federal agencies in August of 2009, the film shows that although much has changed with Obama in office, the drug war is nowhere near over. From Kevin Booth, the producer/director of Showtime’s „American Drug War“, „How Weed Won the West“ puts California forward as an example to the rest of the country by documenting how legalizing marijuana can help save the economy.

In order for Sacred Cow to bring you the latest developments in the battle for marijuana legalization, the original October 15th release date for „How Weed Won the West“ is being postponed. Since the release of the first trailer on YouTube last month, we have worked hard to go above and beyond your expectations. New developments to be covered in the film include the recent raids in San Diego, harvest season in the Emerald Triangle, an indoor growroom in Southern California, Marc Emerys arrest in Canada, and also some special surprises that have yet to be filmed. Keep watching for more info and spread the word – we need your help to free the weed! 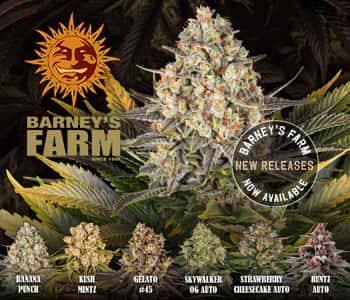